A few weeks ago Rory and I had probably the biggest game of epic I've ever played. We each took 10000 point forces, and set up the big 8 by 4 foot table. It was 12 hours of solid war gaming.

The full report can be found here.

Despite leading the marines to one of my most ignominious defeats yet, it was a hell of a lot of fun, and I enjoyed every minute. 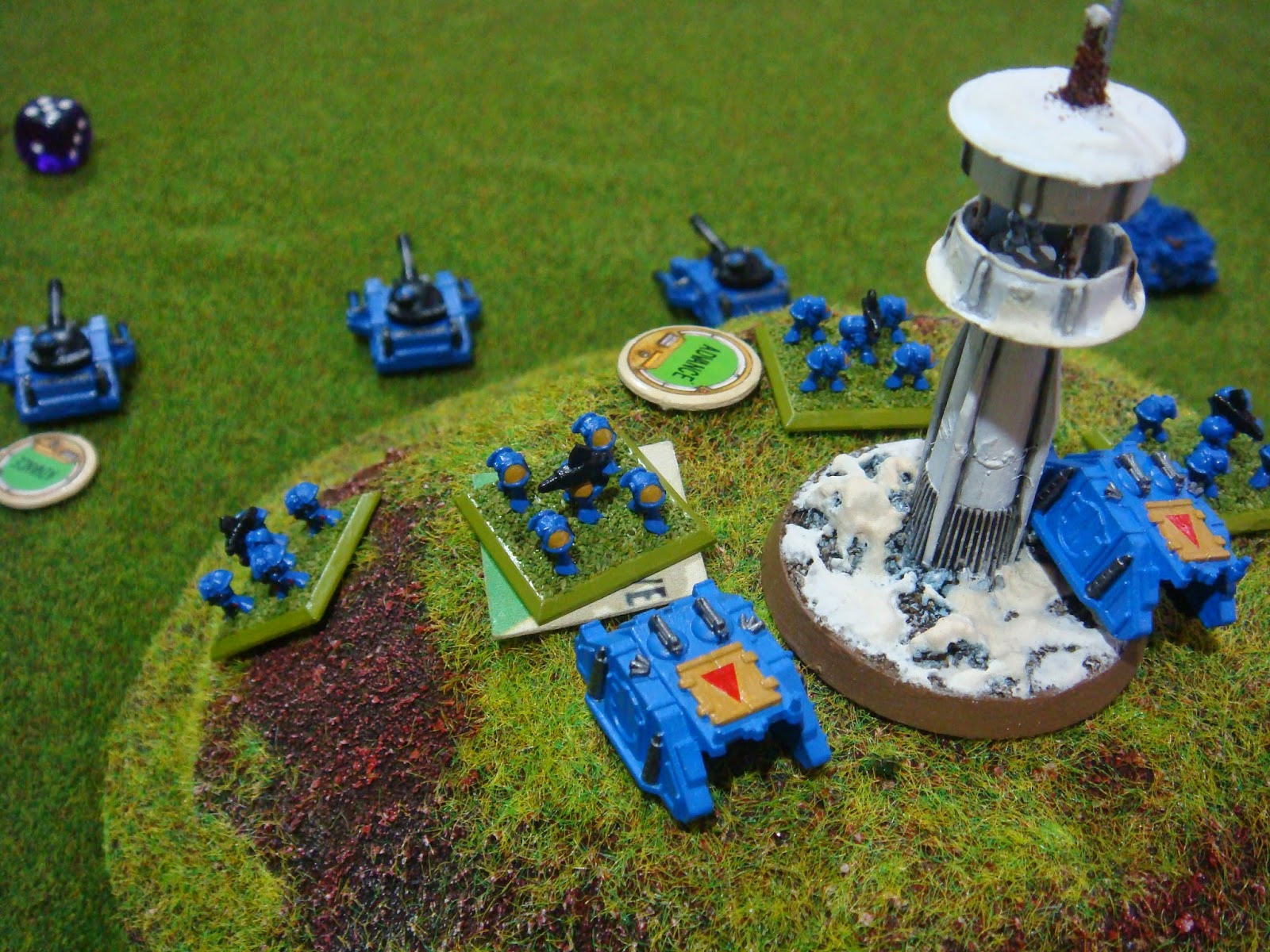 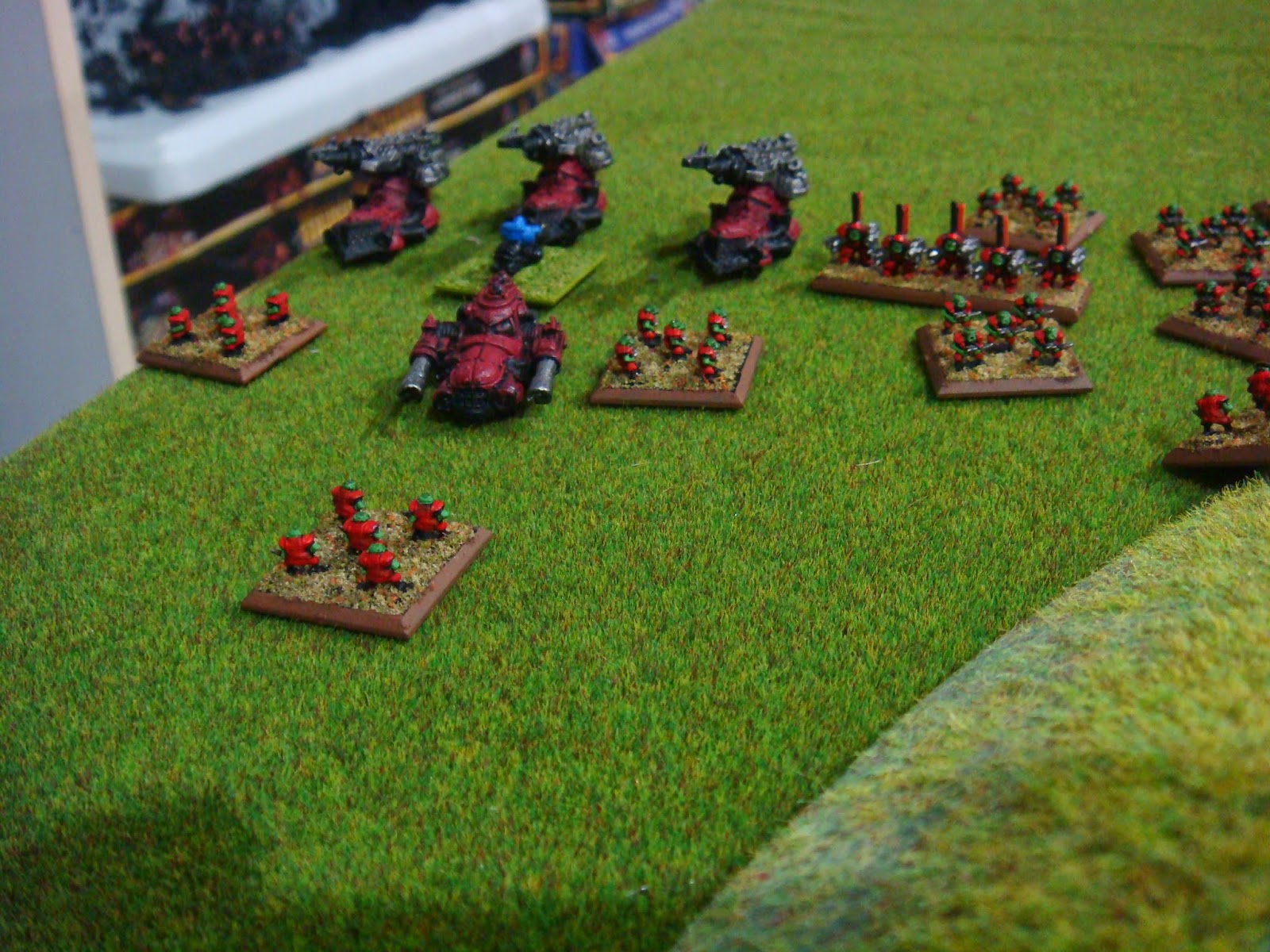 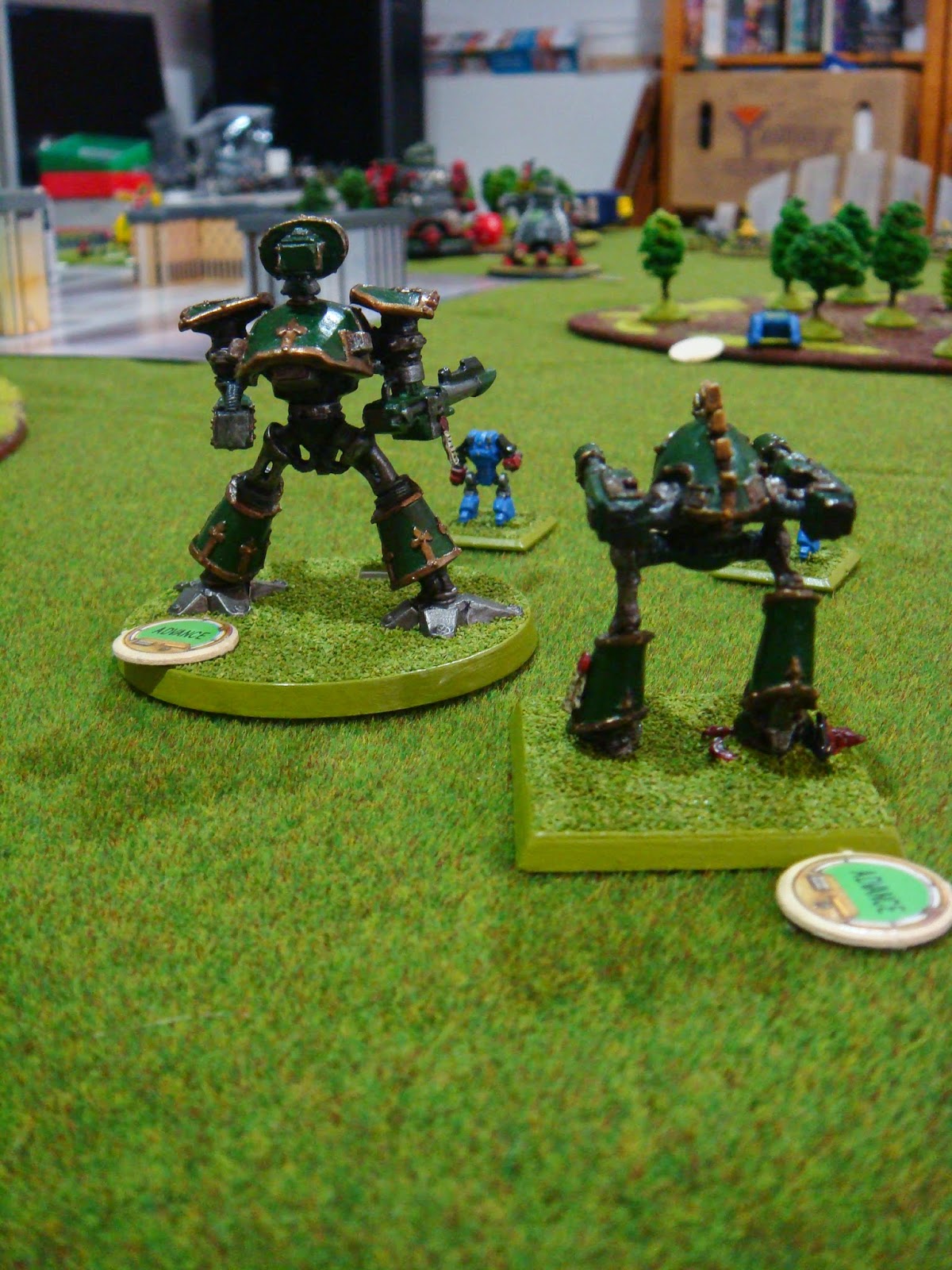 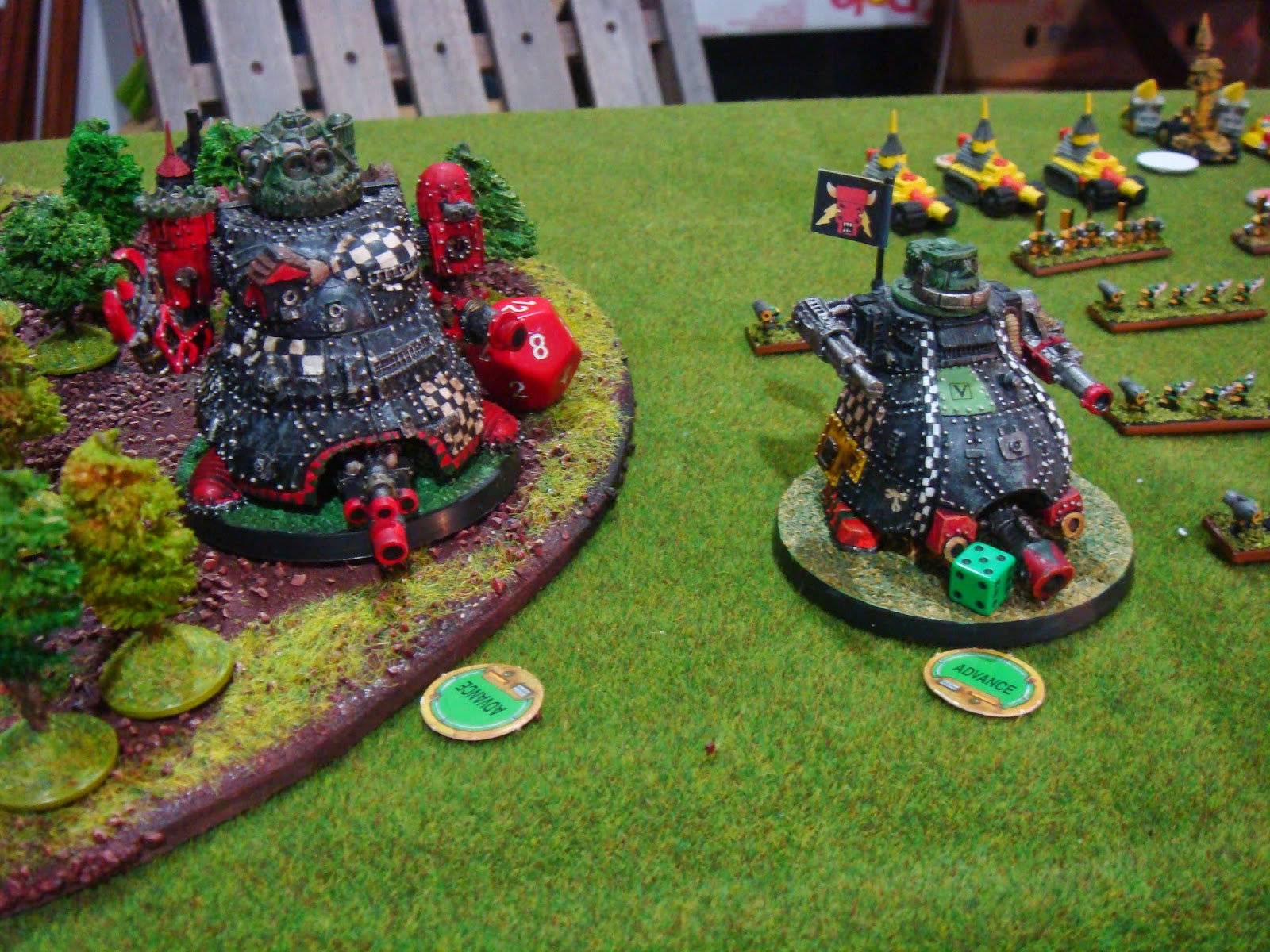 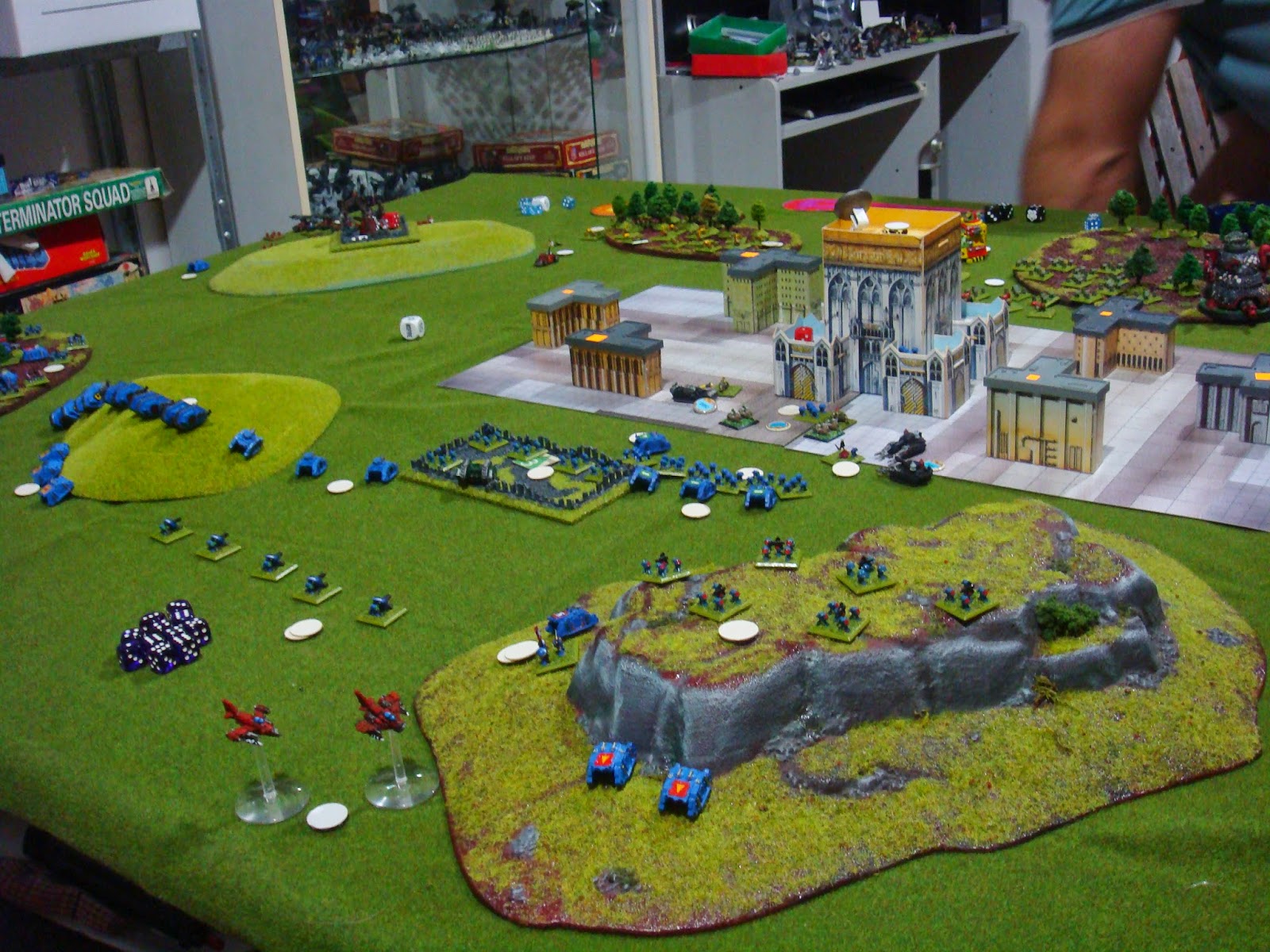 It's been nearly twenty years, but I've finally painted some more orks. 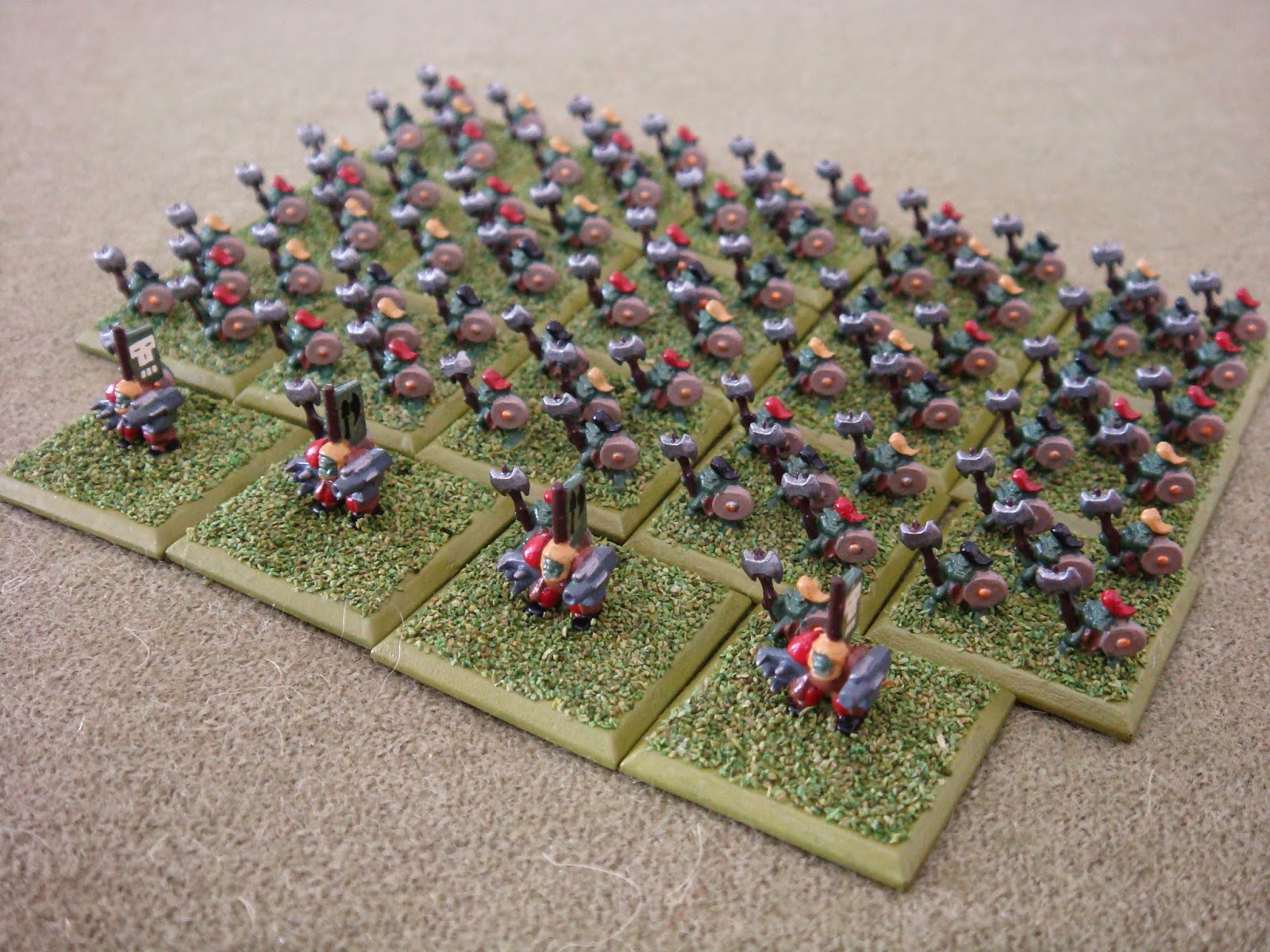 The orks were my first epic army, way back when, and I have decided to give them an overhaul. To get them in line with my chaos and marine forces.

Speaking of chaos, I decided it was group photo time. The army clocks in at nearly 11000 points. I might have to paint up some more Nurgle stuff though. My great Unclean One looks a bit lonely. 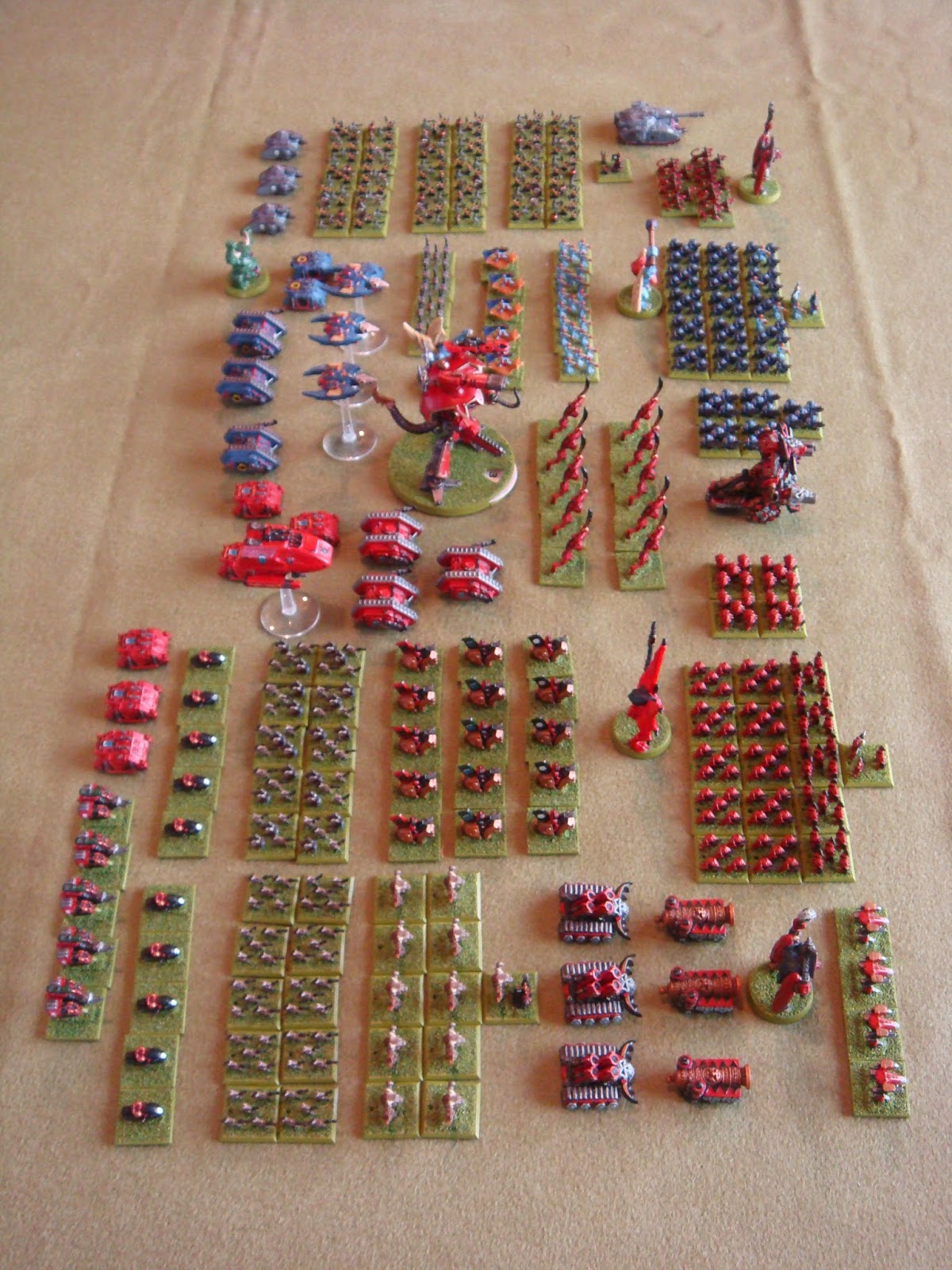 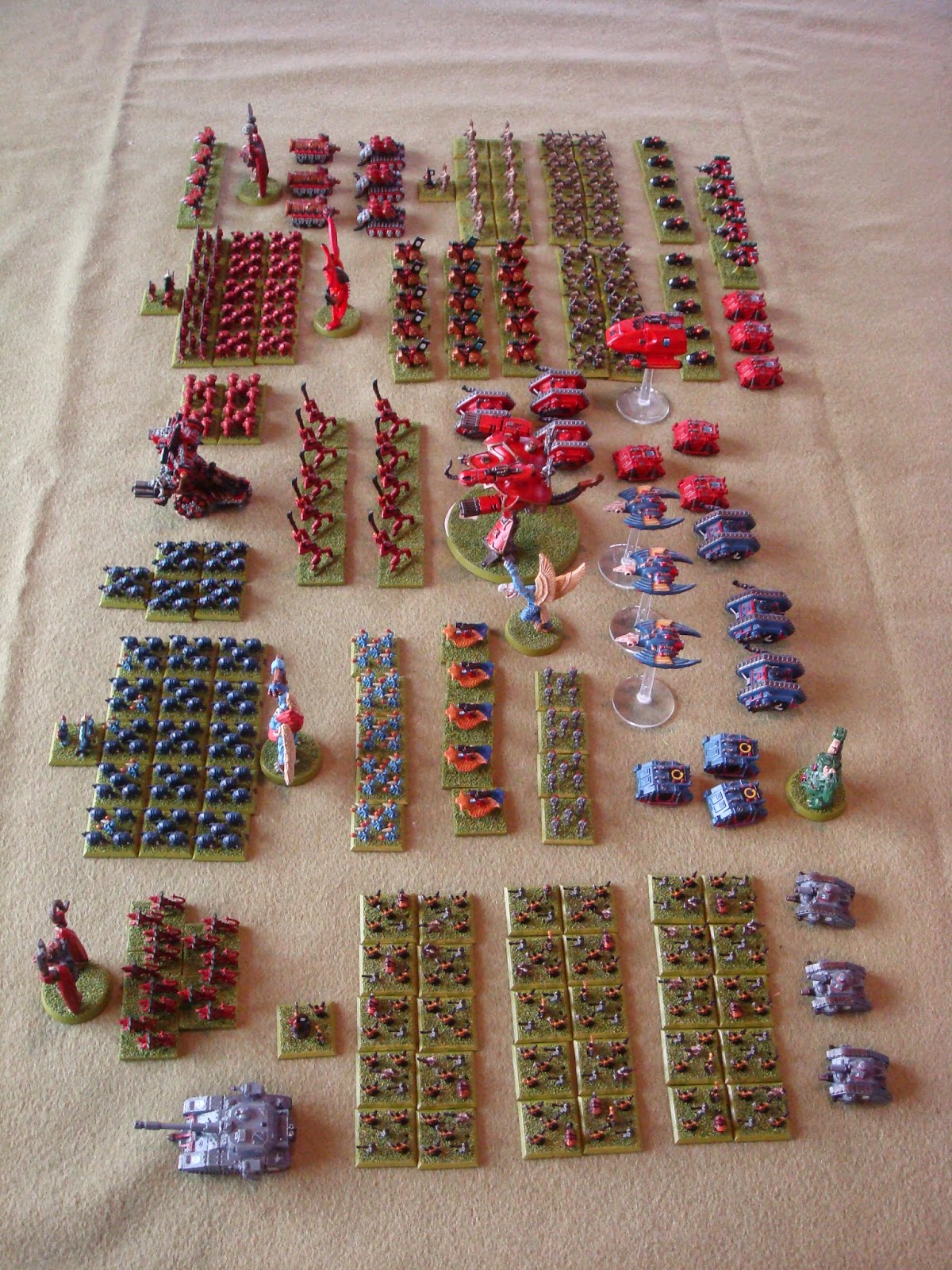 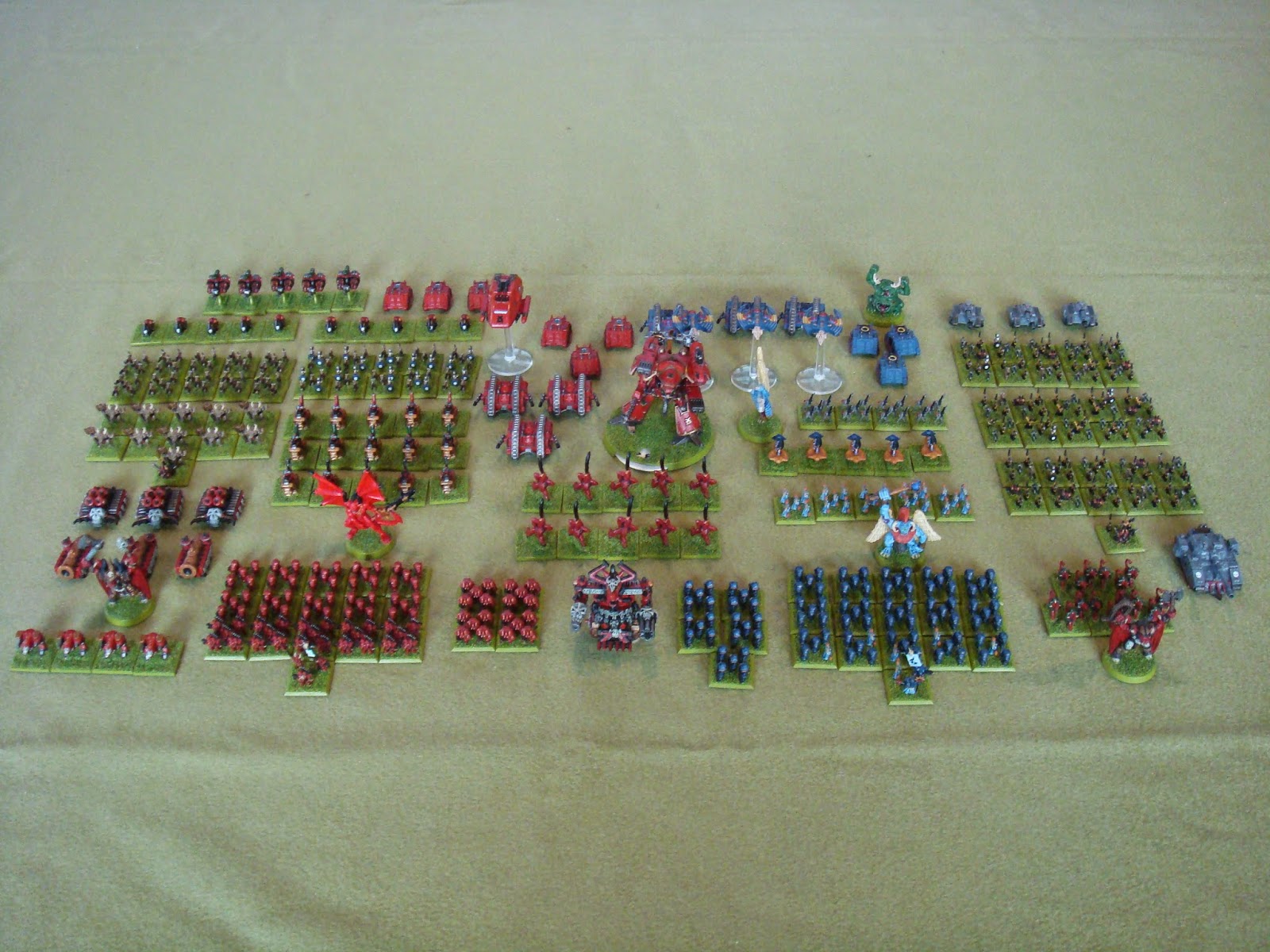 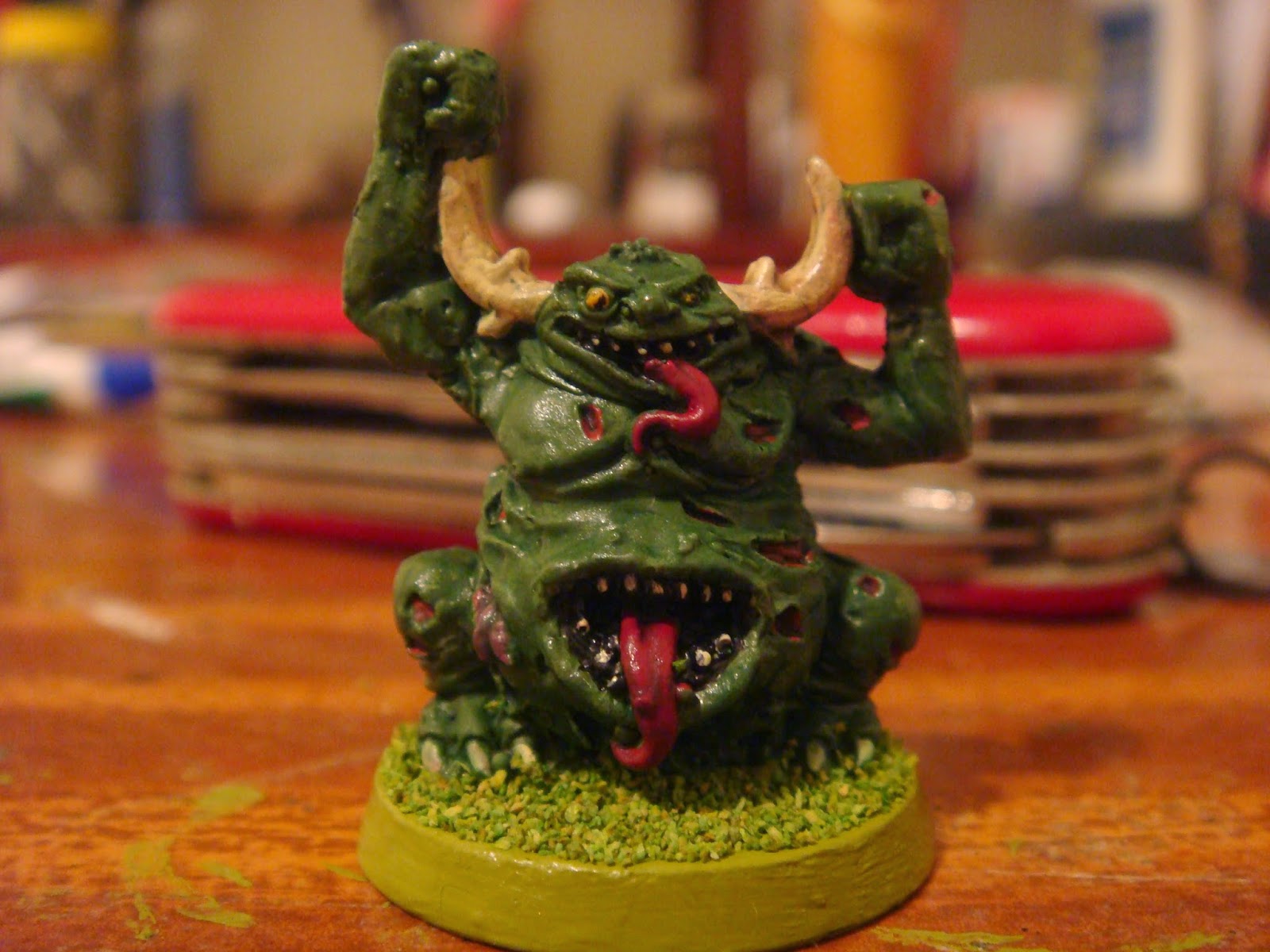 It's my experimental first post in this blog, so I thought opening with a picture of the Great Unclean One Rory gave me, (his very own casting) would be a good place to start.

He will be hitting the gaming table soon.

On a different (less chaotic note) I've finished my marines, and just need to get off my bum and take a few group photos.

A ruthless team of killers are coming to Wellington. We are going to do not very nice things and have our will exerted on all Wellingtonians wargamers!

I am deployed slightly earlier than my team mates, so if Wellington starts seismically shaking around 2:40pm I apologise in advance for any fractured fascia. 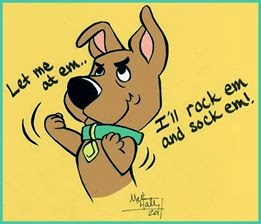 Last night I sat down to cast my first full Epic vehicle miniature. Previously I have only cast bits or tiny little infantry pieces.
I used my new resin that I had purchased recently from the Fibreglass Shop in Hamilton - conveniently the new bottles had "shake well" written on top. Shaking the mixture made a massive difference to my casts! You may think why didn't you shake them any way - well, I was worried about air bubbles in the mix previously.
The mini's I picked to cast were the open-topped Ork truks. They are actually quite difficult as they have many varied angles - so it was hard to set them in the initial mold.
The casts were 95% successful, so I'm pretty happy about that. 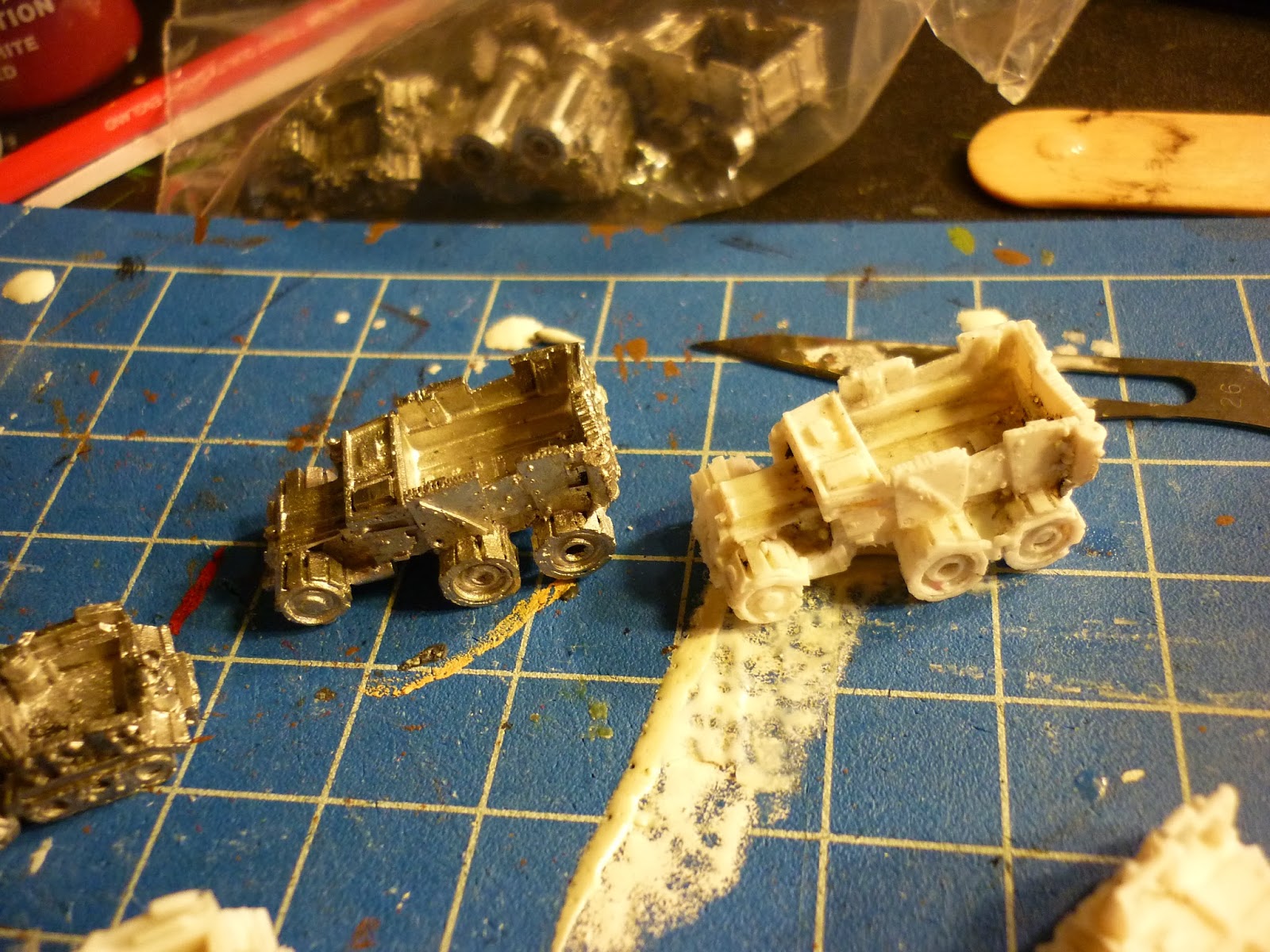 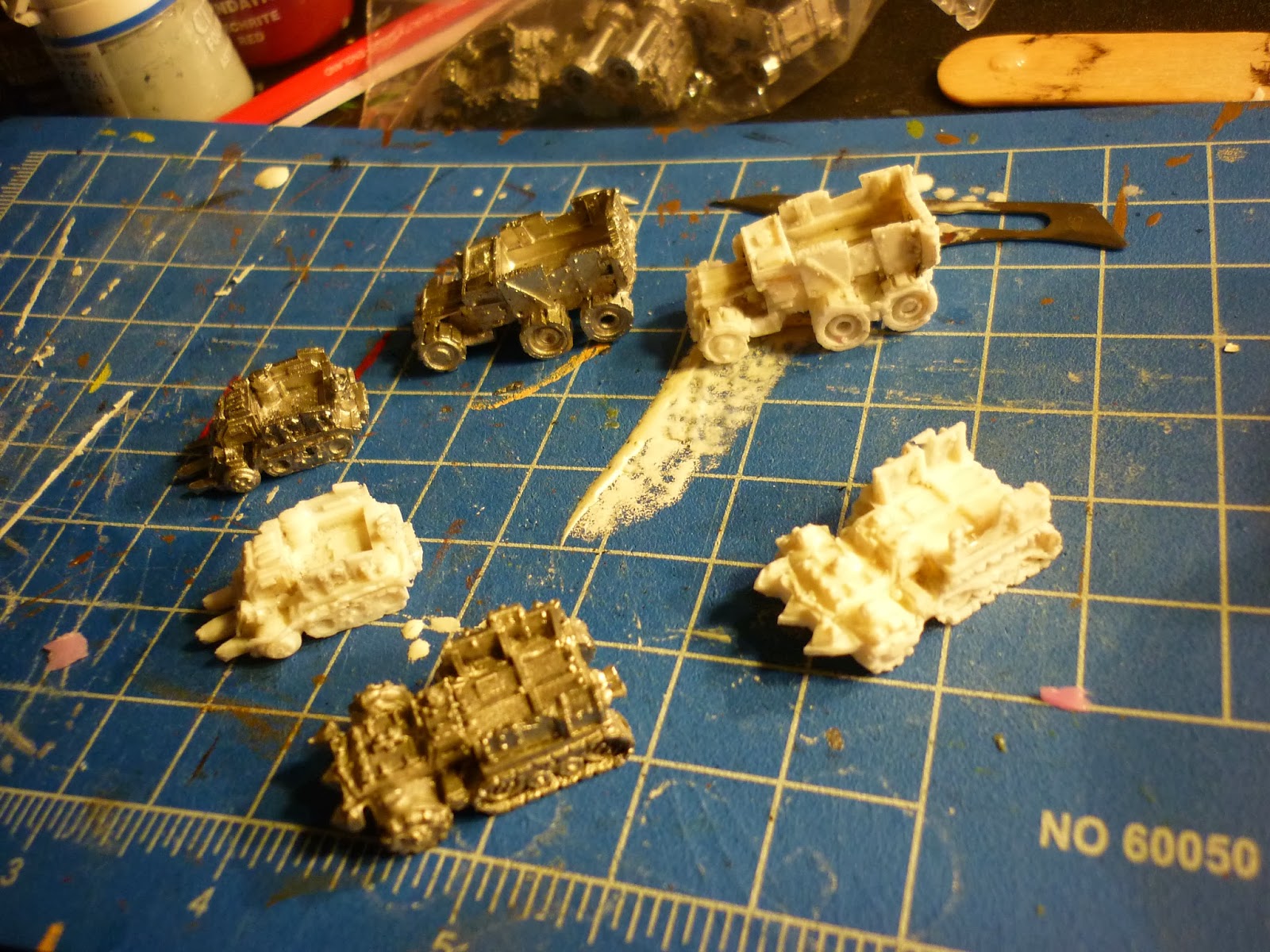 That's all for now folks....until next time!
Posted by Roriusmaximus at 14:31 1 comment:

Here's some shot's of our game. They will be narrated below the photo's. The game was truncated and had to finish before it reached the deciding moment (a group was using the hall after so we had to leave). Twas a shame because the game was in the balance the whole way through!

Posted by Roriusmaximus at 01:54 5 comments:

It started sometime in the summer of 1992.  Before that summertime however, Graeme and I were "enemies" earlier on in primary school - perhaps it was our strong personalities, developing in their own way.  I use "enemies" in a way that only children oft do, when they are actually finding, no, discovering their best friend and testing boundaries.  Graeme and I had a very liberal teacher that year, her name was Joanne Lee. She used to indulge our "education" time reading to the class from my "Complete Works of Edgar Allen Poe". When Mrs Lee wasn't reading Gothic literature, she was permissively letting us explore the brutality of the Christian crusades, a project that Gray and I eventually worked on together or, alternatively, letting Graeme just sit and paint all day whilst I wrote stories about lasers melting flesh off peoples faces. Funnily enough in the time when we didn't really like each other, Gray painted a picture of a tiger, vivid orange and black stripped menacing across a field - a portent of talent to come, and my earliest memory of thinking that Graeme wasn't a complete egg after all. In this time our imaginations were boundless, a true voyage of discovery. And the smells! Sweet grass, Penny-royal crushed underfoot and the rain on asphalt, always seemed heightened when I was younger. Rain beating against the classroom window, we would look out over the fields to the forest we nick-named "Mirkwood", and tell each other stories of what we saw, or thought we saw lurking in the forest. The olfactory, aural and visual senses combined with the surrounding landscape of undulating hills and copses of trees nestled into valleys served to heighten the atmosphere - brooding, heavy yet magical other-worldliness. Simply "imagination on steroids"!

In this environment (that I have only briefly touched on!) we discovered our love for games and gaming. Tucked into our own corner of the classroom we'd discuss the Lord of the Rings, HeroQuest, adventuring, bow and arrow making and the finer art of joey-guns (my specialty). I think the first (or perhaps second) ice-breaker moment we had in our friendship was playing HeroQuest (which I had received Christmas '91), that was soon to be followed by a Gamesworkshop catalogue (an actual catalogue - not the White Dwarf!) that we pawed through mercilessly for a week before Graeme's dad took us to the old Pendragon Games on Queen Street. The one that had stairs down into the shop, giving it a dungeon-esque feel, unlike its last location in the mall/arcade that was eventually sunk by a GW shop that opened downstairs.
As our friendship grew so did our love for gaming and our imaginations expanded exponentially. We were constantly writing stories, characters, building terrain (Gray) and drawing maps (myself). A "landship" was built, a castle constructed and epic battles were fought.
We both lived in Torbay and the part we lived in was a valley that wound its way down to Long Bay beach. Gray lived on one lip of the valley and I the other. Depending on on whose house we were to game at, our mornings started by meeting half way in the valley and walking to either of our respective homes. The walk we took used to be semi rural, in the summer time it was sweet and hot bursting into life with bird song, and in the winter brooding and mysterious, the rolling green hills always reminding me of the journey the hobbits took just before Bree in the Fellowship. I loved those walks, the excitement of the game that was going to be played and hanging out with my best mate.

Gaming commenced in the garage or, if it was at my mine, under my house in a storage room. Both the environments were filled with old tools, Gray's dad an engineer and my grandad a builder - finding tools for a project was no problem at all! Amongst the clutter we'd battle it out. I always had one hero whom I really loved, and God strike me down he was going to slay the enemy single-handed! The rest of my forces used to charge headlong into battle, because that's how warriors were meant to behave, not skulking at the back waiting to lull the enemy into some tricksy trick! As a result my forces pretty much always succumbed to Gray's because he played elves... and they were meant to be tricksy! On the odd occasion where dumb gallant valour won the day it was glorious! Kurtold reigned supreme and his deeds forever remembered by the bards, aristocratic ladies and tavern wenches - "by Sigmar"!
Eventually we discovered other mates who shared the love of Warhammer and other fantasy gaming. We would hold huge battles with every single miniature we could muster, 10, 15 and 20,000 point battles with heroic moments happening at every turn. These games would usually finish at three or four in the morning, usually ending with a nerdy cry of "I hate you"or "jerk" only to commence again the following morning with all the gusto of the day before. As we grew into our teens, girls and booze took priority but the love never died for our miniatures, our imaginations or our friends.
Lastly I'd just like to say - I love you mate, and secondly...

...Warhammer: It's more than just a game.